This author has not yet filled in any details.
So far admin has created 14 blog entries. Ms Feeney replaces Freda Wigan from HopgoodGanim Lawyers who served as QCL president during the past four years. Ms Wigan will remain on the executive committee of QCL as immediate past president.

An accredited Family Law Specialist and accomplished mediator with more than 25 years experience, Ms Feeney is a proud sponsor of the QUT Feeney Family Law Prize in Dispute Resolution and the QUT Learning Potential Fund which assists students to access University.

Collaborative law is a form of dispute resolution where each spouse works with a collaborative lawyer to co-operatively resolve their legal, financial and emotional issues without going to court. END_OF_DOCUMENT_TOKEN_TO_BE_REPLACED

Interests based negotiation skills are a key factor in resolving matters arising from the breakdown of marriages and de facto relationships but as QCL committee member Anne-Marie Rice suggests, this unique form of dispute resolution offers other key advantages.

From adversary to problem solver

Although second nature for lawyers, to many family law clients the concept of trying to resolve a dispute after first amplifying it, is counter-intuitive.

However, in order to maximise their prospects in the traditional legal process, parties are required to define the issues arising from the breakdown of their relationship within tightly defined legal parameters and to then adopt and maintain a polarised position.  Understandably, the issues that concern former spouses and partners are not always confined to the concepts articulated in the Family Law Act (and the “no fault divorce” system) and many lawyers regard the exacerbation of existing conflict which results from a positional approach as a necessary evil and one which can be “undone” in subsequent negotiations.

In response to concerns about this approach to dispute resolution, in the late 1990s, Minneapolis-based family lawyer, Stuart Webb, articulated the key ideals of what would become known as “Collaborative Practice”.  In 2005 a group of local practitioners founded Queensland Collaborative Law (QCL) and interest among professionals and clients has grown steadily in the past decade. With more than 100 members, QCL is now the largest and most vibrant collaborative organisation in Australia.  END_OF_DOCUMENT_TOKEN_TO_BE_REPLACED

In collaborative law, litigate and you lose

FOR most lawyers, the adversarial nature of the traditional legal process is drummed in at law school.

But for Victoria Smith’s students that concept is anathema.

She teaches collaborative practice – an approach that views litigation as evidence of failure – at Canada’s Osgood Hall Law School in Toronto.

The Australian’s Legal Affairs writer Chris Merritt talks with Victoria Smith while she was in Australia training with Queensland Collaborative Law.

An expert in collaborative law or “no court divorce” is visiting the north for a training course this week.

Queensland Collaborative Law is hosting Canadian expert Victoria Smith, who has practised in the area for 13 years.

Listen to Victoria explaining to ABC’s Paula Tapiolas on collaborative practice differs from a court divorce.

Collaborative expert on the Gold Coast

When two people go into a marriage, the last thing they expect is that they’ll get divorced.

But, sadly, a good deal of Australian marriages do end in divorce.

It’s a difficult enough thing to go through when there’s just the two of you – but add children to the mix and it can be traumatic for all involved.

Relationship breakdowns and divorces can often end up in the courtroom, but an Adjunct Professor in Collaborative Lawyering at Osgoode Hall Law School in Toronto says they don’t have to. 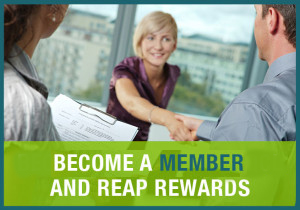 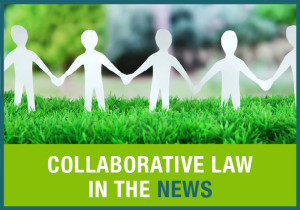